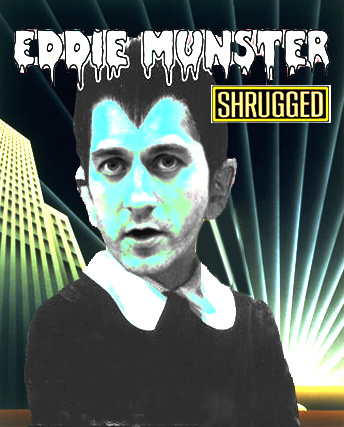 Wow. In my post of last night I joked about Team Mittens fucking up not only in the United Kingdom and then in Israel, but also in Poland, the third leg of Mittens’ three-nation tour, meant to show the world how ready he is to be the leader of the so-called “free” world.

I didn’t really think that Team Mittens would create any controversy in Poland, but then I woke up to this ABC News story today:

Warsaw, Poland — A Mitt Romney spokesman reprimanded reporters traveling with the candidate on his six-day foreign trip, telling them to “kiss my ass” after they shouted questions from behind a rope line.

As Romney left the site of the Tomb of the Unknown Soldier in Warsaw and walked toward his motorcade parked in Pilsudski Square, reporters began shouting questions from the line where campaign staffers had told them to stay behind, prompting traveling press secretary Rick Gorka to tell a group of reporters to “kiss my ass” and “shove it.”

As Romney wrapped up his visit to the historical site, a CNN reporter had yelled, “Governor Romney, are you concerned about some of the mishaps of your trip?”

“Governor Romney, do you have a statement for the Palestinians?” a New York Times reporter shouted.

“What about your gaffes?” yelled a Washington Post reporter, referring to a number of missteps the candidate has made during his trip, including one in which he said there were some “disconcerting” developments leading up to the London Olympics, drawing the ire of the British media, and another suggesting that culture was to blame for the difference in economic success between Israelis and Palestinians.

“This is a holy site for the Polish people,” he added.

“We haven’t had another chance to ask a question,” one reporter noted to Gorka.

Gorka told another journalist to “shove it.”

Romney last took questions — three — from the traveling press corps Thursday in London. Romney did not address the media that’s flying with him on any of the three charter flights – two that lasted more than four hours — either. Romney has conducted several television interviews during the trip.

Gorka later called both reporters to apologize for his remarks, telling one that he was “inappropriate.” …

If Romney wants to be president of the United States of America, he can expect to be asked questions.

Again, this past week Romney has been showing us his true colors. In the UK, he showed that he’s always the best man in the room — hell, in the nation, wherever that nation may be.

In Israel, we saw what a chauvinist Romney is, how he will ignore one group’s vast advantages over another group but proclaim the unfairly advantaged group to be naturally superior to the disadvantaged group.

This, to me, is like saying that the white European colonists are naturally superior to the natives whom they decimated on this continent (and elsewhere in the “new” world), wholly ignoring the whites’ advantages of, as Jared Diamond put it, guns, germs and steel.

And in Poland, we have seen that Team Mittens has contempt for members of the news media who are not willing to act as doting stenographers and public relations staffers, but who are willing to ask uncomfortable questions.

We also saw how Team Mittens is willing to use someone else as a human shield, politically speaking: “This is a holy site for the Polish people,” the Team Mittens spokesnake hissed to the reporters.

Gee, do you really think that that was Team Mittens’ actual concern — the feelings of the Polish people? Or the fact that the members of the media were asking questions that Team Mittens didn’t want asked?

The unelected Bush regime used to do that all the time — most notably, any time the Bush regime’s military misadventures were criticized or called into question, the treasonous fascists who comprised the Bush regime would equate this with an attack on our troops.

They did that repeatedly in order to try to evade all responsibility for their own shit, and it’s what we should expect from a Romney regime.

Indeed, Romney’s Rainbow Tour has shown us his true colors.

The only question is whether enough Americans are blind enough to allow him to sit in the Oval Office.

We progressives have no reason to believe that Americans aren’t that blind.

After George W. Bush, anything could happen.

P.S. Lest you believe that all Poles love Mittens, these facts were buried at the end of this Associated Press story:

Romney’s visit to Poland was not without controversy.

Campaign officials said the visit with [former Solidarity leader Lech] Walesa came at his invitation, but the current leadership of Solidarity distanced itself from the event and issued a statement critical of Romney.

Solidarity characterized Romney as being hostile to unions and against labor rights. It emphasized that it had no role in organizing Romney’s visit and expressed support for American labor organizations.