Death magically makes all of us saints 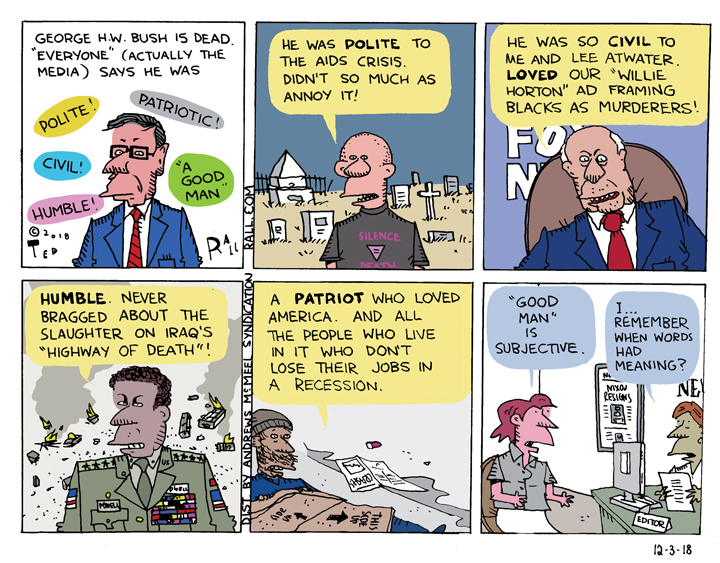 Boy, has the biography of the late former President George H. W. Bush thoroughly been whitewashed.

The credible groping allegations that came late in his life pale in comparison to the other harm that he caused to millions of people at home and abroad.

Of course, Son of Bush would go on to unnecessarily slaughter even more people in the Middle East and cause even greater economic collapse here at home — not to mention how 9/11 happened even after the August 2001 presidential daily briefing titled “Bin Laden Determined to Strike in US” and how Hurricane Katrina killed almost 2,000 Americans, most of whom were expendable because they were black and/or poor.

So why has George H. W. Bush magically been rehabilitated in death?

For two reasons, that I can see:

One, most people are assholes who fear death, and when they see that someone else has died, they are reminded of their own assholery — and, of course, most paramount, they are reminded of their own mortality. It’s not actually about the person who died; it’s all about them. When they die, they don’t want people telling any ugly truths about them; they want to be whitewashed, too.

Also, of course, compared to “President” Pussygrabber, even the George Bushes seem like Abraham Lincoln — in style, anyway. (In substance, at least under Pussygrabber thus far we haven’t had another bogus war or another economic collapse. [Not that either or both of those things couldn’t still come yet, and yes, Pussygrabber has acted like an acid on what we call our democracy, and the damage from that is difficult if not impossible to calculate.])

Perhaps the ignorant masses conveniently “forget” what an evil asshole George H. W. Bush actually was because it makes them feel a little bit better about the Joffrey Baratheon-like “president” that they allowed to rise to power. (Yes, Joffrey Baratheon — a cruel, crass, wholly unfit and quite illegitimate ruler.)

Also, of course, I’m sure that there are many who think that praising George H. W. somehow hurts Pussygrabber.

And/or maybe they believe that praising George H. W. somehow will inspire Pussygrabber to clean up his act. But look at George H. W.’s act.

I, for one, certainly hope that Pussygrabber doesn’t match the damage that George H. W. Bush so casually inflicted upon so many millions of others.

I do, however, very much hope that just like George H. W., Pussygrabber humiliatingly is booted from the White House after only one term.

And it will be interesting to see how the ignorant masses try to whitewash Pussygrabber after he finally dies and goes to hell.

*The “Highway of Death” that Ted Rall mentions in his editorial cartoon was a war crime.

Good guys don’t commit war crimes. And no, an American never automatically is the “good guy.”

P.S. Here’s a lovely photo from the “Highway of Death” war crime: 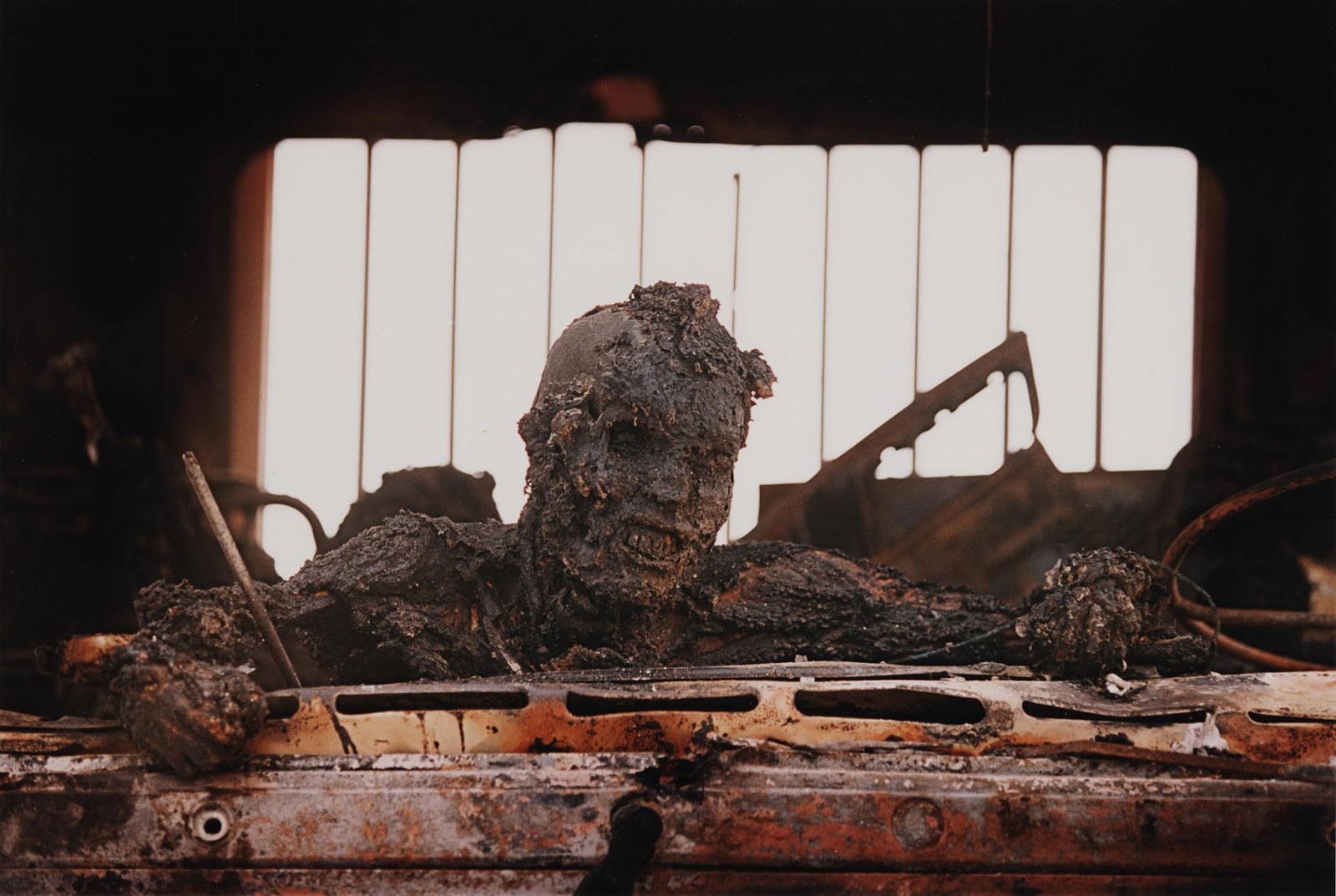 Also know that the wonderful George H. W. Bush opposed the 1964 Civil Rights Act, which he later claimed he regretted, but he then went on to perpetrate the blatantly racist Willie Horton fiasco — and infamously to refer to his own grandchildren as “the little brown ones” — so methinks that he didn’t regret it all that much.