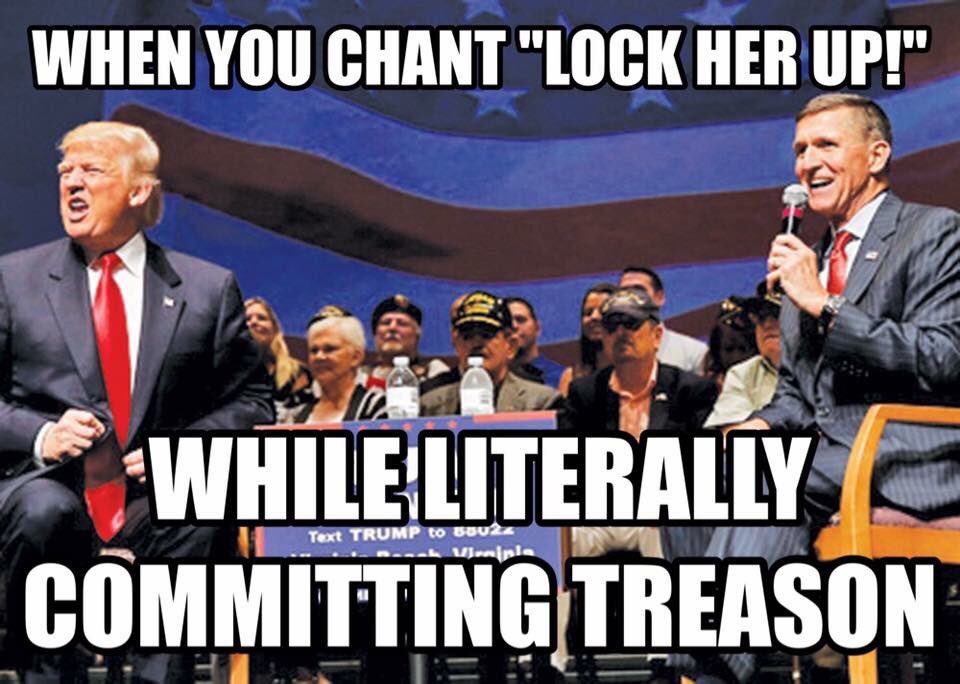 (Dan Rather wrote that this might be bigger than Watergate; specifically, he wrote, in part: “On a 10 scale of Armageddon for our form of government, I would put Watergate at a 9. This Russia scandal is currently somewhere around a 5 or 6, in my opinion, but it is cascading in intensity seemingly by the hour. And we may look back and see, in the end, that it is at least as big as Watergate. It may become the measure by which all future scandals are judged.”)

“President” Pussygrabber’s shit storm of a tweet storm lambasting, among others, the supposedly “failing” New York Times and Washington Post (which aren’t “failing,” of course, but are growing, ironically in large part because of Pussygrabber and his non-stop bullshit) only bolsters the Times’ case; the pathologically lying fascists who comprise the Repugnican Tea Party always encourage us commoners to ignore the message and to shoot the messengers, as this is the best possible outcome for them.

(In his uber-presidential tweet storm, Pussygrabber, a noted media expert, also oh-so-helpfully noted that while MSNBC and CNN are “unwatchable,” “Fox & Friends” “is great!” [“Fox,” of course, is just short for “the fox guarding the hen house”].)

While the Times reporters make clear in their news story that right now they have no evidence of these members of Team Pussygrabber having coordinated illegal activities with Russian intelligence officials, or even knowingly having had contact with Russian intelligence officials, that the associates of a presidential candidate (knowingly or not) had sustained contact with a foreign (and, in this case, an enemy foreign) nation’s intelligence officers is a stunning revelation that at the bare minimum reveals deep incompetence, negligence and untrustworthiness if not proven illegality.

The Repugnican Tea Party traitors, from the “president” on down, of course are focusing on the leaks to the media rather than on the substance of the leaks, but the leaks are necessary, because obviously the treasonous Repugnican Tea Party is not going to investigate itself. It has an obvious inherent conflict of interest.

When do the powers that be ever allow anything to threaten their grip on their own power?

Thus, leaks often (if not usually) are patriotic acts, especially when they reveal treasonous acts that otherwise never would come to life because the perpetrators and their aiders and abettors obviously are going to do everything within their power to prevent the knowledge of those treasonous acts from ever coming to light.

“President” Pussygrabber would much, much rather that we watch “Fox & Friends” than read The New York Times and The Washington Post.

I’ll stick with the Times and the Post, Mr. Pussygrabber, fuck you very much.*

*Again, it’s rather ironic that the “president” quite unintentionally greatly has helped the formerly struggling print media, whose services we need now more than ever.

I have subscribed to the Times online and I also read articles from the Post online daily. Both news outlets have been producing high-quality journalism for a while now.