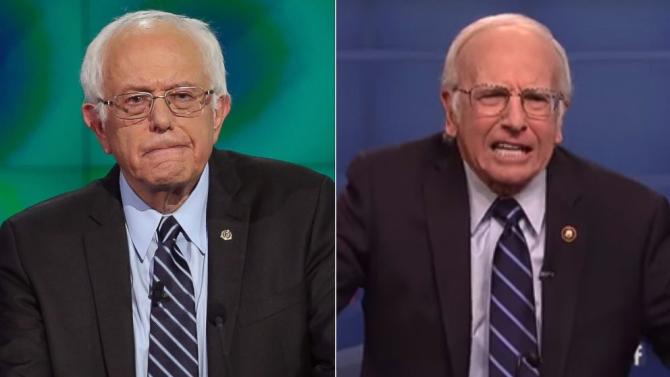 Fey is AP’s ‘Entertainer of the Year’

Tina Fey, left, spoofs Repugnican Sarah Palin-Quayle on “Saturday Night Live” in late September. (Amy Poehler, right, plays Katie Couric.) Fey’s frighteningly funny, accurate portrayal of Palin-Quayle as a bumbling, ignorant beauty pageant queen who would be just a heartbeat away from the presidency — “I can see Russia from my house!” probably is Fey’s most memorable line as Palin-Quayle — probably was more effective against the McInsane-Palin-Quayle ticket than any television ad that Team Obama could have aired.

We could use some good news right about now: The Associated Press named Tina Fey as its “Entertainer of the Year.” Reports the AP:

NEW YORK – Tina Fey is the entertainer of the year? You betcha.

Fey was voted The Associated Press’ Entertainer of the Year, an annual honor chosen by newspaper editors and broadcast producers across the country.

Fey was selected by AP members as the performer who had the greatest impact on culture and entertainment in 2008.

The 38-year-old comedian bested runner-up Robert Downey Jr., whose comeback was capped with the blockbuster smash “Iron Man,” and the third-place vote-getter, Heath Ledger, who posthumously wowed audiences as the Joker in “The Dark Knight.”

But it was Fey who most impressed voters largely with her indelible impression of Gov. Sarah Palin on “Saturday Night Live.” Her cameos on her old show (where she had been a head writer until 2006) helped drive the show to record ratings and eventually drew an appearance from Palin herself.

“Tina Fey is such an obvious choice,” said Sharon Eberson, entertainment editor of the Pittsburgh Post-Gazette. “She gave us funny when we really needed it and, in a year when women in politics were making huge strides, Fey stood out in the world of entertainment.”

“She simultaneously entertained us with her wit and put a mirror up to the nation during the election and made us think about what was going on,” said Scott Shive, assistant features editor at the Lexington Herald-Leader. “She is the epitome of the smart kid coming out on top for once.”

As soon as Palin was chosen as Sen. John McCain‘s running mate, conjecture mounted that the similar-looking Fey would have to return to “SNL” to play her.

In an interview earlier this fall, Fey recalled watching early TV coverage of Palin: “That was the first time I thought, ‘Well, I kinda do look like her. I’d better really listen to how this lady talks.'”

Fey debuted the impression on the “SNL” season premiere and a sensation quickly followed. She made four more pre-election appearances as Palin on the late-night satire. [Actually, I count at least six appearances by Fey as Palin-Quayle on “SNL.”]

“From the winks to the nods to the accent, she nailed it,” said Marc Bona, assistant entertainment editor of the Plain Dealer in Cleveland. “And she did so at a time when it seemed the whole country was tuned in — both to the presidential race as well as ‘Saturday Night Live.'”

Last year’s AP Entertainer of the Year also went to a comedian whose satire blended in with politics: Stephen Colbert.

Yup, after Repugnican John Fossil Fool McCain picked Palin-Quayle as his running mate — my guess is that his choice of her as his running mate cost him at least 2 to 3 percent of the vote, maybe as much as 5 percent — my immediate impression was that he’d picked a Tina Fey lookalike, and I was going to post a picture of Fey and Palin-Quayle side by side, but I never got around to doing that.

A shout out to Amy Poehler, too, for having done a pretty good job as an increasingly bitter power-mongering Billary Cunton — er, Hillary Clinton. (Check out this one of Poehler doing Billary as the newly named secretary of state if you haven’t.)

Heath Ledger did a fantastic job as the Joker in “The Dark Night” — he made the movie worth seeing — and his death was a loss, but how do you compare Ledger’s performance as the Joker to Fey’s as Palin-Quayle? Downey Jr. was good in “Iron Man,” but I wouldn’t have put him at No. 2 on my list.

Anyway, I see that Fey is on the cover of the January 2009 issue of Vanity Fair:

The article on Fey is here. I’ll have to read it today.