Typhoid Trump is a sociopath (but we knew that, and to his lemmings that’s an appealing feature, not a fatal flaw) 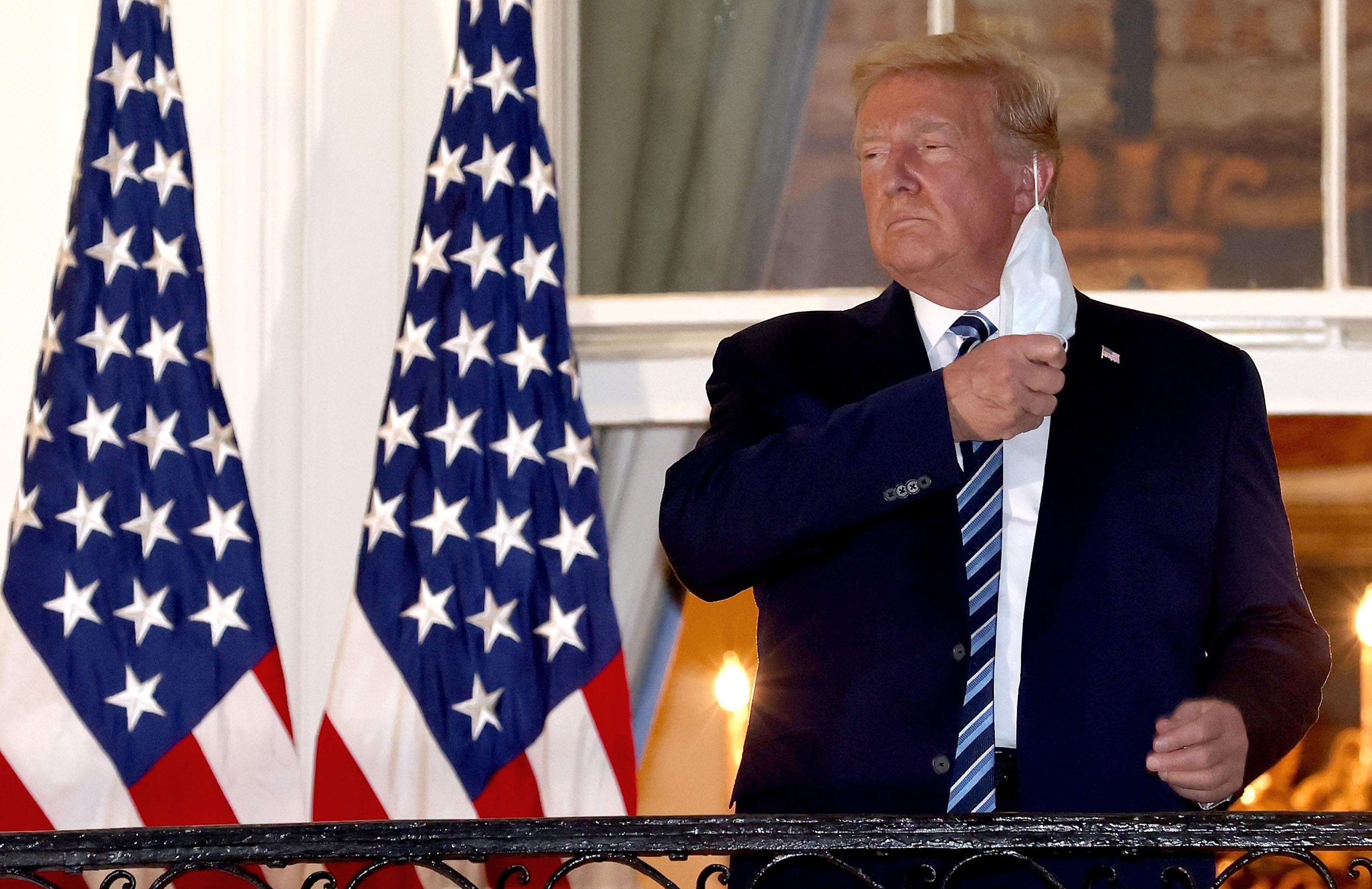 “President” Pussygrabber looked like shit and obviously was struggling to breathe when he claimed at the White House on October 5, 2020, that he had beaten COVID-19 after he had just been hospitalized for it. Pussygrabber is such a fucking sociopath that he freely endangered even his own supporters, such as how, according to The New York Times, the day after he tested positive for COVID-19, he attended an event for military families.

I could tell that there was something wrong with “President” Pussygrabber when he debated Sleepy Joe Biden on September 29, 2020.

I wrote at that time:

Do I expect Pussygrabber to lose any of his mouth-breathing, knuckle-dragging die-hard supporters’ support? No, because they’re fucking insane. …

Did Pussygrabber’s Nixonian first debate with Biden help Biden win in November 2020? Perhaps we’ll never know, but I don’t think that it helped Pussygrabber, and now we know, from Pussygrabber’s chief of staff, no less, that Pussygrabber knowingly had COVID-19 when he debated Biden on September 29, 2020.

The White House did not announce the positive test at the time, and the president received a negative result shortly afterward and carried on with a campaign rally and the debate, the officials said. The account was first reported by The Guardian, which cited a forthcoming book by Mr. Trump’s chief of staff, Mark Meadows.

The two former officials, who spoke on condition of anonymity because they were not authorized to discuss the matter publicly, confirmed the timeline on Mr. Trump’s test results contained in “The Chief’s Chief,” by Mr. Meadows, Mr. Trump’s fourth and final White House chief of staff.

The revelation came more than a year after widespread speculation that Mr. Trump was sick when he first shared a stage with Mr. Biden for their first presidential debate on Sept. 29, months into the pandemic.

The White House declined repeatedly at the time to give a precise chronology of when precisely Mr. Trump first received a positive coronavirus test result. The administration first told the public in the early hours of Oct. 2 that Mr. Trump had tested positive. Mr. Trump was hospitalized later that same day. …

If you are sane and normal, you can’t see Pussygrabber as anything other than what he is: a fucking sociopath.

To knowingly quite possibly spread a potentially deadly virus to others because you don’t want to be inconvenienced or politically set back is evil.

Of course, to Pussygrabber’s mouth-breathing, knuckle-dragging supporters, who refuse to wear a face mask or even get a safe and effective vaccine (although we’ve been vaccinating against potentially deadly diseases for generations), Pussygrabber isn’t a sociopath, but is a fucking hero. (Indeed, per The New York Times, “When [Pussygrabber] left the hospital [after having been treated for COVID-19 in October 2020], he wanted to appear frail at first when people saw him…. But underneath his button-down dress shirt, he would wear a Superman T-shirt, which he would reveal as a symbol of strength when he ripped open the top layer. He ultimately did not go ahead with the stunt.”)

Pussygrabber’s documented sociopathy — and again, we have it from his then-chief of staff, no less — is more than enough reason to keep him from ever becoming “president” again.

I’m realistic, though; we are largely a sociopathic nation, and so yes, I could see Pussygrabber getting a second term in the Oval Office, in no small part because the so-called Democrats who are supposed to be fighting for us, the people, have their hands tied because they’re too beholden to their corporate pimps for their political donations to actually significantly improve our lives.

Thus, they lose elections, which they continue to blame on us progressives (that is, on the relatively few actual Democrats) — rather than on their own widespread corporate whoredom, which kills them at the ballot box (oh, hi, Terry McAuliffe!).