Again: No, Kamala Harris is NOT No. 1 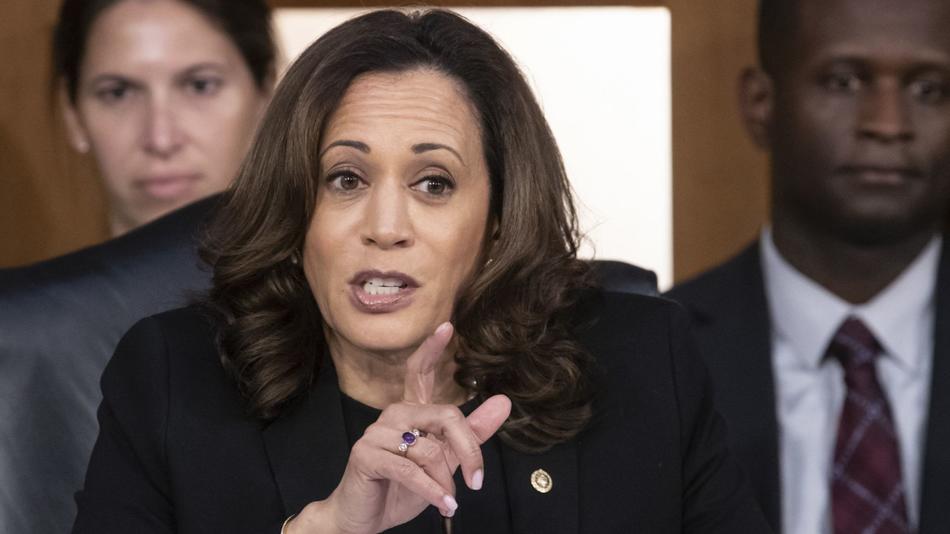 U.S. Sen. Kamala Harris, who hasn’t been in D.C. for even two full years yet, is great in a Senate hearing, but it’s way too early to talk about her as presidential material, and I’m not the only one who feels that way: In two recent nationwide polls of Democrats and Democratic leaners as to their preference for the 2020 Democratic Party presidential nominee, she garnered only 4 percent, far behind actual front-runners Joe Biden and Bernie Sanders, the only two candidates who consistently earn double digits in the polls.

“Why Democrats Won’t Choose a White Guy for 2020” is the offensively titled headline for Slate.com writer Jamelle Bouie’s latest piece on Slate.com’s homepage. Click on that headline, and you are taken to a web page with the equally offensive headline, “Democrats Have Made One Thing Very Clear About 2020: They’re Over White Men (Or, Why Kamala Harris Looks Like a Likely Nominee).”

The usually thoughtful Bouie “argues” that the midterm election results — “For the first time in the [Democratic Party’s] history, white men were a minority in the House Democratic candidate pool,” he notes — demonstrate that Democratic voters don’t want a white male as the 2020 Democratic Party presidential nominee.

Who voters want to represent them in the U.S. House of Representatives often if not even usually is very different from who voters think should lead the entire nation. I absolutely would not want my Democratic U.S. representative, Doris Matsui, to sit in the Oval Office for even one week. She’s an Asian woman and I have voted for her in the past, but the milquetoast, always-play-it-safe, establishmentarian Matsui is not presidential material at all.

But entirely aside from the fact that Bouie compares apples to pineapples when he claims that the midterm election results directly bear on Democratic presidential preference for 2020, the fucking nationwide polls themselves prove Bouie dead fucking wrong.

At least two reputable nationwide polls of Democrats as to their 2020 presidential favorite have been conducted this month.

A Morning Consult poll of 733 Dems and Dem-leaners taken November 7-9 similarly showed that 26 percent preferred Biden, 19 percent Bernie, 8 percent Beto O’Rourke (who I wouldn’t have included, but whatever, but I will note that he is — horrors! — a white guy!), 5 percent Warren, and 4 percent for Harris, putting her at fifth place.

Yet Bouie wrote this:

… If there’s anyone who sits at the intersection of what Democratic voters seem to want in a candidate, it’s Sen. Kamala Harris of California. A nonwhite woman, she looks like the most active and loyal parts of the Democratic base. A black woman with South Asian heritage, she would make history as president. She’s close to the progressive wing of the Democratic Party (but not so progressive that she doesn’t have real opposition on the left, tied to her controversial record as state attorney general) and has built herself up as a tough, unapologetic opponent of the administration (although she has voted for some of Trump’s nominees).

Sen. Cory Booker of New Jersey, likewise, would satisfy an apparently strong desire from Democratic voters to elevate a candidate of color to the White House. (This desire is why you also shouldn’t dismiss former Massachusetts Gov. Deval Patrick, who is also considering a bid for the nomination and has support from top Obama allies.) …

OK, but Kamala Harris pulled in a whopping 4 percent in both of the aforementioned nationwide polls taken just this month. (And Booker did even worse. Patrick wasn’t included in either poll, but I don’t see him doing any better than Harris or Booker.)

If Harris really is “what Democratic voters seem to want in a candidate,” then why is she pulling in only 4 percent in nationwide polls of these voters?

Bouie isn’t practicing journalism (that is, reporting); he’s practicing his own wishful thinking. Worse, rather than reporting what reality is (as best as reality can be discerned and reported), he apparently wishes to shape reality by claiming, falsely, that we all want Kamala Harris when no, we don’t.

You know, as a gay man, I’d love for us to have our first non-heterosexual president, but I’d never report that the gay candidate were the people’s No. 1 choice when he actually was garnering only 4 percent in the nationwide polls. Just sayin’.

And it is, to put it mildly, unseemly for black Americans to promote only black candidates, to put race over political ideology and accomplishment. Note that Bouie (who, if you didn’t know, is black), if he can’t have Kamala Harris, happily will settle for Cory Booker or Deval Patrick. Such helpful, totally non-self-serving suggestions!

After his fever dream, Bouie seems to more or less come back to his senses when he concludes:

… With all of that said, the very fact of a President Donald Trump should inspire humility about our ability to forecast or predict electoral outcomes. The midterm elections offer strong signals about what Democratic primary voters might want in a presidential nominee, but there’s no way to know how these candidates will perform once they hit the trail. Indeed, there’s no way to answer the only question that really matters for the 2020 race — who can beat Trump?

Well, again, I strongly dispute Bouie’s assertion that “The midterm elections offer strong signals about what Democratic primary voters might want in a presidential nominee,” as, again, many if not most of us want different things from our U.S. representatives and from the president of the United States of America, and as recent nationwide polls soundly and roundly refute Bouie’s conclusion, but Bouie and I do agree at least on one point, and that is that “the only question that really matters for the 2020 race” is “who can beat Trump.”

Thus far, the nationwide polling tells us that Dem and Dem-leaning voters have not ruled out a white guy to challenge Pussygrabber, despite Slate.com’s offensive headlines to the contrary. The total white-guy vote (that is, the total support for white-male candidates) in the aforementioned Harris poll is 47 percent, while the total white-guy vote in the aforementioned Morning Consult poll is 57 percent.

So it’s way too early to write the obituary of the white-male presidential candidate, as much as so many would love to do.

Let’s continue to talk about diversity, and let’s acknowledge that white men are indeed losing their political dominance in the United States over time and that overall that’s a good thing for a fair and just United States of America, because it’s not fair and just for a minority of Americans (in this case, white males, who are about 30 percent of all Americans) to run the whole show.

But let’s not take it in the other direction, where we wish for the tyranny of the minority over the majority — calling what essentially amounts to revenge “justice” — and let’s fucking face the fact that whites remain the largest racial group in the United States of America (at more than 60 percent).

If we truly want to beat Pussygrabber in 2020, we’d better stick to the political realities rather than indulge in our own selfish, tribalistic — and yes, racist, or at least racially supremacist — political fantasies.*

P.S. So there was one more nationwide poll that I was going to refer to, but it mysteriously disappeared from the Wikipedia page that references the other two polls that I reported in this piece.

I found the poll elsewhere anyway.

So the recent nationwide polling clearly shows a pattern of Joe Biden at No. 1 and Bernie at No. 2, with both of them in double digits, and Kamala Harris in the low single digits.

One poll you can blow off, but when several polls show the same thing…

Facts are a stubborn thing.

Biden received 29 percent of the support.

Senator Bernie Sanders, an independent who made an unsuccessful run for the Democratic nomination in 2016, finished second in the hypothetical field with 22 percent. The rest of the poll was tied between Senators Cory Booker of New Jersey, Elizabeth Warren of Massachusetts and Kamala Harris of California. …

The poll was conducted online on Tuesday [November 6] and based on responses from 38,196 people who voted in 37 states. The poll is ongoing and will be updated as the vote is tallied.

And I don’t count Kamala Harris out.

But claims (such as from CNN “analysts” and Slate.com) that Harris is the front-runner now — are bullshit, and the polls demonstrate that.

*Democrats did this in 2016, when they incredibly stupidly fronted the God-awful candidate Billary Clinton, fucking pretending that she isn’t hated as much as she is, and they expected a good outcome from that.

Early on I saw clearly that with the deeply unpopular Billary as the nominee we very well might run right into the wall, but the Billarybots could not or would not see that possible fate. Fools.