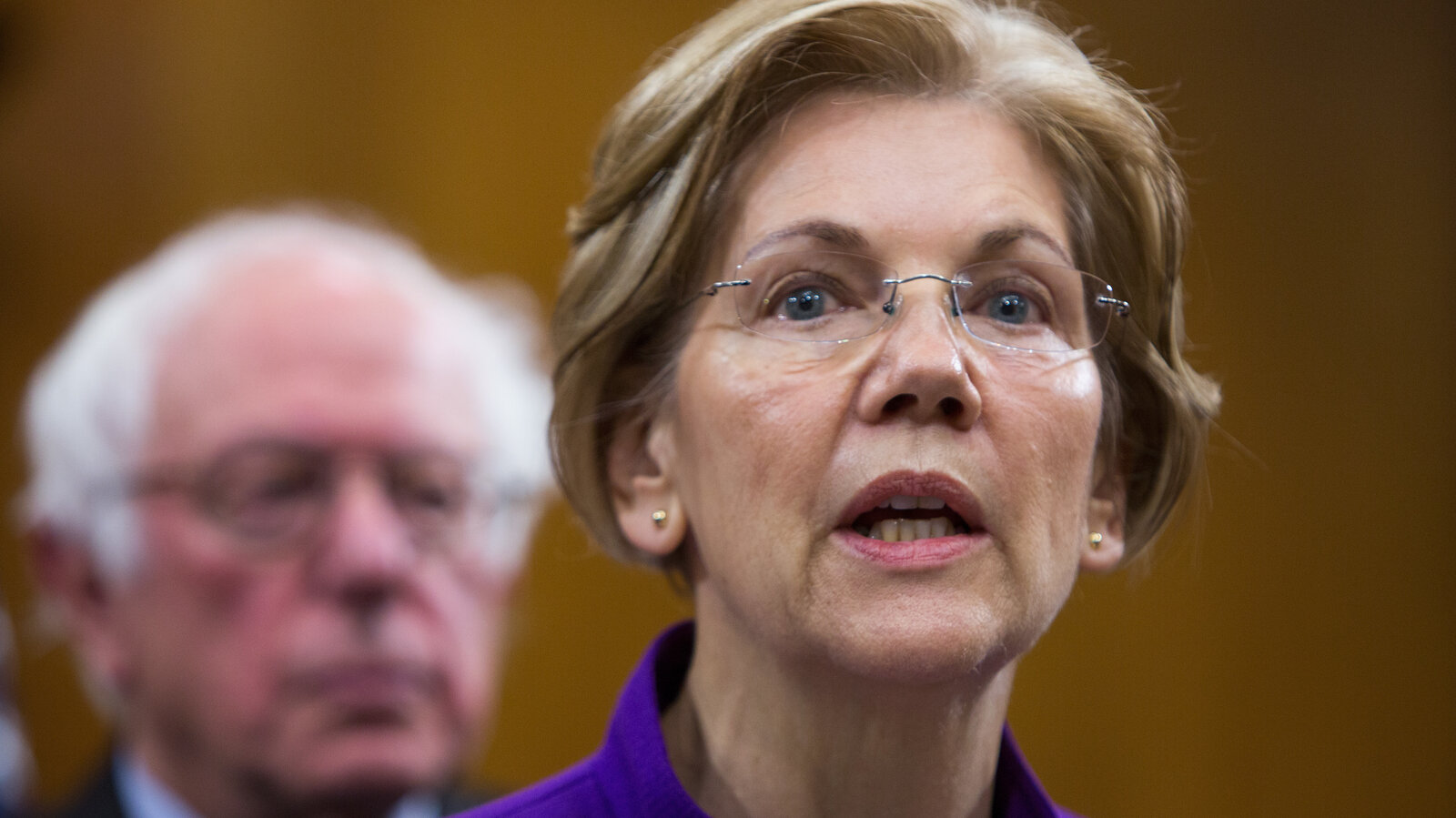 U.S. Sen. Elizabeth Warren of Massachusetts is shown with U.S. Sen. Bernie Sanders of Vermont in the background. Today Warren released an apparent pre-presidential campaign video that lays waste to years of Repugnicans’ lies about her.

Today U.S. Sen. Elizabeth Warren of Massachusetts, in a rather brilliant video that as of this writing has had more than 1.6 million views, announced the result of a DNA test that shows Native American genes in her lineage.

The video also features snippets of interviews with individuals stating that her ever having indicated that she has Native American blood never was a factor in her hiring to teach at Harvard Law School and at other law schools; besides “President” Pussygrabber repeatedly offensively calling Warren “Pocahontas” (and daring her to get a DNA test), Repugnicans (starting with her 2012 opponent for the U.S. Senate, Scott Brown) for years have claimed that she lied about her background in order to give her an unfair advantage in the workplace.

The “Pocahontas” bullshit already has been dismissed by the majority of the voters of Massachusetts, who in 2012 elected Warren as the first woman to serve in the U.S. Senate for the state. She beat Brown with 53.7 percent of the vote, pushing him out of the Senate after he’d “served” there for only two years after the death of Sen. Ted Kennedy, and I expect her to do even better in next month’s election.

Therefore, Warren had nothing to prove to the voters of Massachusetts, and so I can’t help but think that Warren, anticipating the “Pocahontas” bullshit as the Repugnicans’ main criticism of her — and it’s pretty fucking lame and fucking juvenile criticism — is running for president in 2020.

I’m already committed to Bernie Sanders should he run again, but if he doesn’t, then Liz is my candidate. I cannot support Joe Biden or Cory Booker or Kamala Harris or anyone else over Bernie or Liz. Just can’t and won’t. Not in the primary season, anyway.

Anyway, don’t get me wrong. For me, anyway, it’s not about Elizabeth Warren’s heritage. I mean, I’m sure that it’s important to her, but I personally don’t care how much Native American blood she has coursing through her veins.

I care that she fights back against the Repugnican liars and traitors among us and does so effectively, something that the Democrats too rarely do. But more than that, I care that Warren truly cares about socioeconomic justice. It’s her No. 1 concern, and it’s long past time that we elect a president who makes socioeconomic justice the centerpiece of his — or her — administration.

Our first female president being the second coming of FDR would be more than just fine with me.

P.S. In Warren’s video, her family members call her Betsy, which is the first I’ve heard of that moniker for her.

And although Pussygrabber said on camera at one of  his KKK rallies in July that he’d give $1 million to Warren’s favorite charity if she took a DNA test “and it shows [that she is] an Indian,” I’m sure that he’ll weasel out of it by saying that she’s not Native American enough. He is, after all, a fucking liar; he even denied today that he ever made that statement, even though it’s on fucking video.

Reportedly the Cherokee Nation isn’t pleased that Warren had the DNA test done, but not only did Pussygrabber dare her to do it and promise to give her $1 million to her favorite charity if she did, but the charity that Warren picked is the National Indigenous Women’s Resource Center.