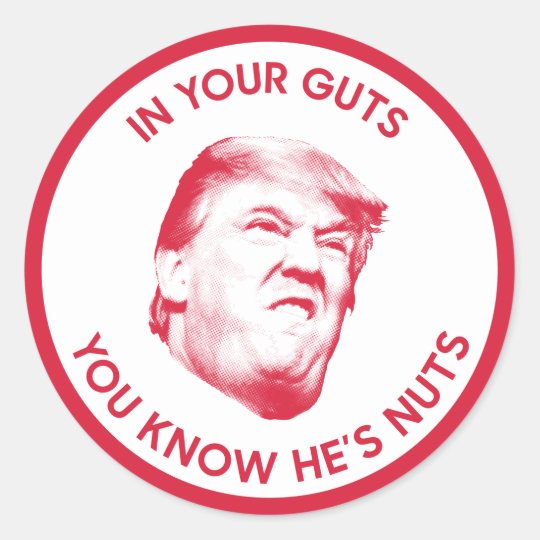 This can’t much last longer. Can’t.

Admittedly, I couldn’t bring myself to watch Pussygrabber’s supposedly politically resurrecting (or at least rehabilitating) address to Congress last week. It was, after all, my birthday, and I didn’t want to watch the unelected fascist swine blather on my fucking birthday.

That said, I do believe in knowing what propaganda the enemy is putting out there, and so I probably will watch it belatedly via YouTube.

That said, just two widely reported outtakes from the “president’s” speech demonstrated clearly that he hadn’t changed at all: his utterly shameless use of a Navy SEAL’s widow for his own political gain (including trying to get out of a Benghazi-like investigation into what went wrong in Yemen) and his announcement of the creation of a Nazi-like program called “VOICE,” or “Victims of Immigration Crime Engagement,” even though in the United States the native-born commit more crime than do immigrants. (Indeed, immigrants, especially brown-skinned ones, are the new Jews.)

I don’t care how prettily Pussygrabber delivered the words in his little speech to Congress; he delivered lies and evil, repugnant and oppressive ideas and sentiments and only even more of his self-serving, fascist grandstanding. (Van Jones and those who agree with him on Pussygrabber’s little speech must have a fucking brain tumor.)

And then, of course, came the news that Attorney General Jeff Sessions, a Nazi elf, like everyone else associated with Pussygrabber, had met with the Russian ambassador, not once but twice, and thus apparently lied while under oath during his confirmation hearing.

Then, trying pathetically to put the whole Russia thing behind him, the egregiously unhinged Pussygrabber dug his deep hole only deeper by actually accusing the Obama administration of having bugged Trump Tower, Watergate-style, during the 2016 presidential campaign.

Apparently the only “evidence” of this allegation is Pussygrabber puppeteer Steve Bannon’s “alt-right,” “alternative-fact” website Breitbart and other frothing-at-the-mouth right-wing “media” outlets.

The Washington Post’s Karen Tumulty fairly nailed it in her piece from today titled “Trump’s Charge That He Was Wiretapped Takes Presidency Into New Territory”:

Donald Trump’s presidency has veered onto a road with no center lines or guardrails.

The president’s accusation [yesterday] that his predecessor, Barack Obama, had tapped his phone “during the very sacred election process” escalated [today] into the White House’s call for a congressional investigation of that evidence-free claim.

The audacious tactic was a familiar one for Trump, who has little regard for norms and conventions. When he wants to change a subject, he often does it by touching a match to the dry tinder of a sketchy conspiracy theory.

But the stakes have gotten higher, and the consequences more real and serious, as questions mount over Moscow’s reported attempts to interfere with last year’s presidential election.

Trump’s response also has deepened doubts about his own judgment, not just in the face of the first crisis to confront his young presidency but in dealing with the challenges that lie ahead for the chief executive of the world’s most powerful nation.

His tweets may have been an effort to distract from revelations that his aides and associates had contact with Russian officials during the election and transition, as well as to deflect criticism onto Obama.

But instead, the president has invited more scrutiny to the larger controversy over Russian interference. The issue shows no signs of fading.

So explosive was Trump’s unsubstantiated wiretap accusation that FBI Director James B. Comey asked the Justice Department to take the extraordinary step of issuing a statement rebutting it, a U.S. official said, confirming a report [today] in The New York Times.

The process of obtaining permission to conduct a wiretap on an American in a foreign intelligence investigation is an arduous one. If it turns out that a government agency put one on Trump or individuals around him, an obvious question would be what evidence was used to justify the action.

Trump’s tweetstorm early [yesterday] made his disciplined, well-received speech to Congress four days before seem less a turning point than an aberration.

“Terrible! Just found out that Obama had my ‘wires tapped’ in Trump Tower just before the victory. Nothing found. This is McCarthyism!” Trump fired out, in the first of four tweets on the subject.

The charge was reminiscent of the early days of his political ascendancy, when he built a political base by pandering to the fringes with false stories about Obama’s birthplace. After he was elected with less than a popular majority, Trump made the groundless claim that millions of people had voted illegally.

But the voice of a U.S. commander in chief carries much greater weight than that of just about anyone else on the planet. Trump’s detractors say the way he uses that platform has worrisome implications that go far beyond the sensation he creates on social media and his ability to dominate the news.

“We have as president a man who is erratic, vindictive, volatile, obsessive, a chronic liar, and prone to believe in conspiracy theories,” said conservative commentator Peter Wehner, who was the top policy strategist in George W. Bush’s White House. “And you can count on the fact that there will be more to come, since when people like Donald Trump gain power they become less, not more, restrained.” …

Trump and his allies, however, say that the criticism is misdirected.

In their view, the concern over Russian interference in the election has been overblown by Democrats looking for an excuse for Hillary Clinton’s defeat last November.

They also say that more focus should be concentrated on the people within the government who are leaking sensitive information to the news media. …

Still, Republicans on Capitol Hill have been unsettled by Trump’s latest claims, which come amid investigations by the House and Senate intelligence committees and calls by some for more drastic measures, including a select committee, independent commission or special prosecutor.

“It would be more helpful if he turned over to the Intelligence Committee any evidence that he has,” Sen. Susan Collins (R-Maine), a member of that panel, said on “Face the Nation.” “It would probably be helpful if he gave more information, but it also might be helpful if he just didn’t comment further and allowed us to do our work.” …

“This is exceedingly problematic. We were already in a huge deficit as to what the country trusted out of Washington and our leaders,” said Matthew Dowd, who has been a strategist for both Democratic and Republican politicians.

Surreal, perhaps, but it’s not that hard to see what’s going on; the unelected Pussygrabber regime’s ties to Russia, which the intelligence community says hacked the Democratic National Committee in order to help Pussygrabber “win” the presidential election, very apparently aren’t just a Democratic exaggeration.

Of course Pussygrabber wants to throw lie-bombs here and there to take attention away from his treason.

Pussygrabber’s spokesnake’s own words reveal what the unelected Pussygrabber regime is up to. Reports USA Today today:

President Trump called [today] for a congressional investigation of his claims that predecessor Barack Obama had him wiretapped during last year’s election — while critics accused Trump of trying to distract people from an investigation into his own relationship with Russia.

“Reports concerning potentially politically motivated investigations immediately ahead of the 2016 election are very troubling,” White House spokesman Sean Spicer said in a statement a day after Trump accused Obama — without evidence — of having Trump Tower in New York wiretapped in connection with an investigation of Russia.

Trump is “requesting that as part of their investigation into Russian activity, the congressional intelligence committees exercise their oversight authority to determine whether executive branch investigative powers were abused in 2016,” Spicer said.

While Trump repeatedly tweeted about Obama during the weekend, Spicer’s statement said “neither the White House nor the president will comment further until such oversight is conducted.”

A spokesman for Obama said Trump’s claim is false, and noted that presidents do not have the legal authority to authorize wiretaps in any case. …

Obama spokesman Kevin Lewis said … [that] “neither President Obama nor any White House official ever ordered surveillance on any U.S. citizen. Any suggestion otherwise is simply false.” …

My favorite response to Pussygrabber’s latest bold-faced lie comes from former Obama adviser Ben Rhodes, who tweeted at Pussygrabber yesterday, “No president can order a wiretap. Those restrictions were put in place to protect citizens from people like you.”

The Pussygrabber regime’s insistence that “neither the White House nor the president will comment further until such oversight is conducted” (like Pussygrabber ever actually keeps his mouth shut about anything) is, methinks, evidence that the Pussygrabber regime has nothing, and, again, “Reports concerning potentially politically motivated investigations immediately ahead of the 2016 election” come from the likes of Pussygrabber puppeteer Steve Bannon’s own fucking right-wing website, for fuck’s sake.

Pussygrabber hasn’t merely taken the presidency into new territory; he already has driven the presidential train off of the fucking rails and it’s plunging to the earth.

He is going to make Richard Nixon look like George Washington or Abraham Lincoln.