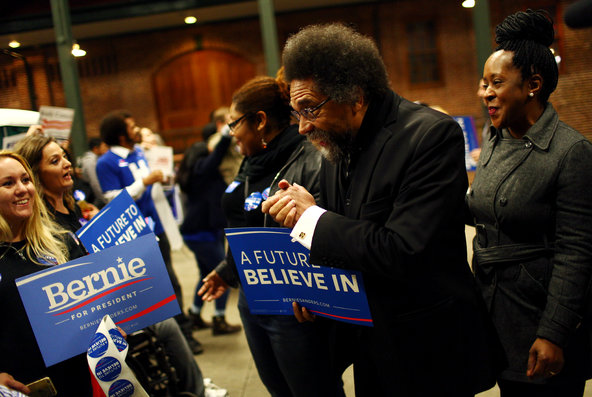 No, Billary Clinton does NOT have the support of 85 percent of us Berners

How many of those who voted for Bernie Sanders in a primary election or caucus plan to vote for Billary Clinton in November?

The poll numbers have varied widely.

The Bloomberg poll is, methinks, bullshit, and, by omitting Stein, among other things, quite intentionally skews to the right; no, I don’t see a bit more than a full fifth of Berners actually voting for Donald Trump (I don’t see any Berner voting for Trump, really, unless it’s a Fuck-it!-Bring-on-Armageddon-already! vote).

Wikipedia defines the “welfare state” as “a concept of government in which the state plays a key role in the protection and promotion of the social and economic well-being of its citizens. It is based on the principles of equality of opportunity, equitable distribution of wealth, and public responsibility for those unable to avail themselves of the minimal provisions for a good life.”

I am a staunch proponent of the welfare state — no, not as defined by the wingnuts (whose definition is something like this: a bunch of lazy people mooching off of the gubmint and our tax dollars), but as defined in the paragraph above.

So no, this Berner isn’t going to vote for Trumpence or for Gary Johnson, but most likely will vote for Jill Stein, in large if not most part because she supports the welfare state as defined above. Green Party presidential candidate Jill Stein subscribes to my belief that the federal government should exist primarily to improve the life of every common American — not to further enrich and to further empower the already rich and the already powerful, which is what the right-wing Repugnicans and the right-wing Libertarians very apparently believe is the main role of the federal government.**

Another, much-more-bandied-about-because-it’s-good-for-Billary poll is a Pew poll taken earlier this month that found that a rather whopping 85 percent of Berners will vote for Billary and that 9 percent plan to vote for Trump in November.

But, tellingly, Stein and even Johnson weren’t explicitly listed as possible responses in the widely quoted Pew poll, demonstrating amply that exactly how a poll question is worded already loads the dice.

… A CNN poll released Tuesday [June 21] shows that 74 percent of Sanders supporters would vote for Clinton in a choice between her and Trump in the general election.

Yet support for Clinton dropped when other options besides Trump were included in the poll.

The CNN poll’s results — with all four candidates included — are, I think, the closest to the truth.

Yes, give Berners a choice in your little poll of only Billary or Trump, and anywhere from around 75 percent to 85 percent of them might pick Billary, but give them the choices that they’ll actually have on their November ballots, and the result is quite different.

My best guesstimate as to the percentage of Berners who truly plan to vote for Billary Clinton in November as I type this sentence is around 60 percent (in line with CNN’s finding), maybe as high as around 65 percent, but certainly not as high as 85 percent.

Note that when CNN included in its poll of Berners the choices of Billary, Trump, Stein and Johnson, Stein garnered the largest amount of support outside of Billary, with 18 percent. Again, Stein is the most natural inheritor of the support of Berners (like yours truly) who can’t bring themselves to vote for the center-right Billary in November.

It’s quite possible, of course, that that percentage of Berners who plan to take an anti-emetic, hold their noses and actually vote for Billary will creep up over the coming months as the full horror of a Trumpence White House becomes clearer and clearer. A lot can happen between now and Election Day.

In the end, Billary might actually capture in November something like 85 percent of those who voted for Bernie. But I don’t believe that she has that level of support today.

And given how close polls have her with Trump, she will need it.

I’m sure that it’s comforting to the Billarybots to believe that 85 percent of us Berners already are in the bag for Billary, but the polls indicate that the Billarybots easily could be in for a big November surprise.

*Glenn Greenwald has written of the term “Bernie bro”:

The concoction of the “Bernie Bro” narrative by pro-[Billary] Clinton journalists has been a potent political tactic — and a journalistic disgrace.

It’s intended to imply two equally false claims: (1) a refusal to march enthusiastically behind the Wall Street-enriched, multiple-war-advocating, despot-embracing Hillary Clinton is explainable not by ideology or political conviction, but largely if not exclusively by sexism: demonstrated by the fact that men, not women, support Sanders (his supporters are “bros”); and (2) Sanders supporters are uniquely abusive and misogynistic in their online behavior.

Needless to say, a crucial tactical prong of this innuendo is that any attempt to refute it is itself proof of insensitivity to sexism if not sexism itself (as the accusatory reactions to this article will instantly illustrate). …

My best guess is that the Billarybots’ invention of the term “Bernie bro” at least in part was meant to shame the “Bernie bros” into supporting Billary (lest they be called sexist and misogynist), but methinks that this tactic for the most part has had the opposite effect.

I mean, I, for one, never was going to support Repugnican Lite, DINO Billary Clinton anyway, but then to be called sexist and misogynist for refusing to support the self-serving, center-right, sellout Billary (whom I’m “supposed” to support only because she is [as far as we know] a biological female and because she calls herself a Democrat) — that only reinforced my repudiation of Billary and her ironically sexist and misandrist bots.

The Libertarians, on the other hand, want a dog-eat-dog nation in which the federal government (which has been shrunk as much as possible if not eliminated altogether) just sits back (if it still even exists at all) and lets the canine cannibalism happen.

In either case, the rich and powerful right-wing white men continue to run the show and those who historically have suffered the most in the nation continue to suffer the most.